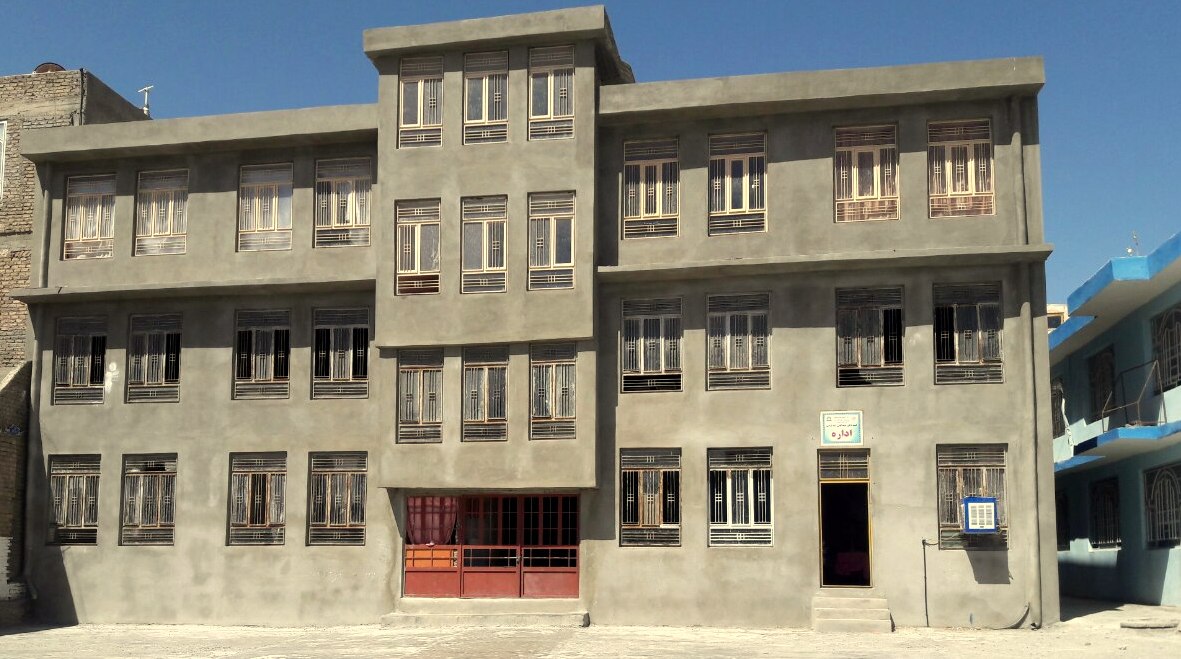 Abdul Karim Raufi is a 63-year old Integrity Volunteer from Herat. A school near 12th district had no building for many years. Therefore, he advocated for the cause. In a matter of four years, the help came from the nearby communities and individuals. The school has got a brand new three stories building now. The high school has over six thousand students in three shifts. With about 90 percent of work completed so far, the newly built building costs over $120,000.

Abdul Karim who also runs a private business has described his volunteerism in the community as a “passion” and described the community engagement an “effective way” to solve the issues impacting their lives. He also emphasized more coordination amongst the Integrity Volunteers and the government departments that provide basic public services. To prevent corruption, Abdul Karim suggests that it would be better if building materials are provided instead of cash money.

Abdul Karim closely monitors the school construction and other issues including provision of textbooks for the students. Abdul Karim says the extent of cooperation he has received from school’s principal and administration is encouraging.

Community-based monitoring of schools program in Herat covers more than 50 schools with a total of more than 192,000 students, more than half of whom are girls. Integrity volunteers are actively monitoring from 50 boys and girls schools in the province. Of the fifty schools, 30 have Integrity Clubs with 300 Integrity Volunteers that are directly engaged with students. More than 323,000 people benefit from the program directly and indirectly.

The Community Based Monitoring of School (CBM-S) Program was initiated in July 2014 in three provinces in order to bring more coordination between communities and government departments, increase transparency and accountability, enhance the quality of education services through community monitoring, collaborate in information sharing, and solve problems of schools. The aim of this program which has expanded to nine provinces so far is to make officials more responsive, encourage communities to support education sector and advocate for policy change at local and national levels.