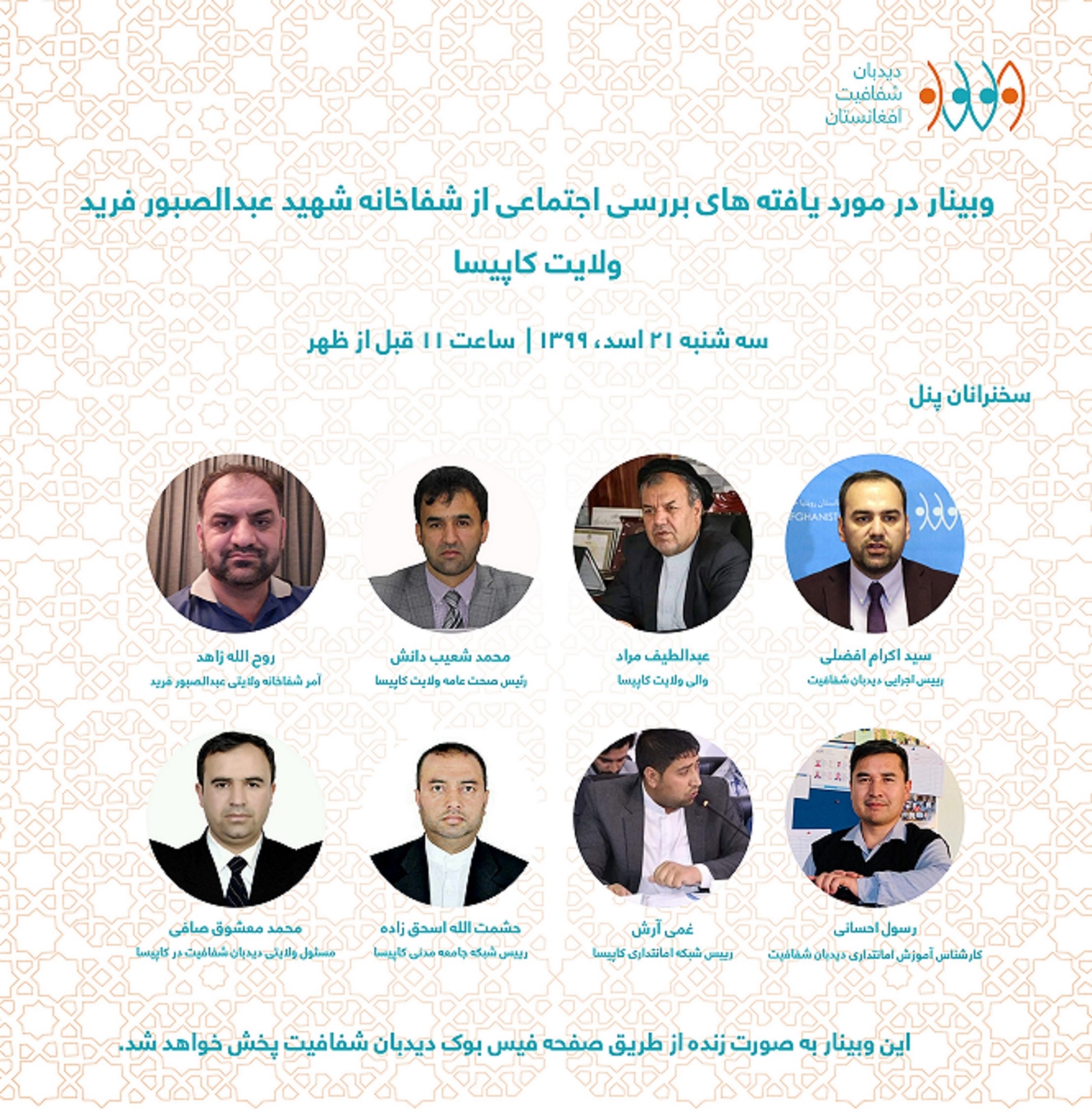 In August 2020, Integrity Watch held two integrity dialogues on the findings of social audits of Kapisa and Balkh hospitals where government, civil society and community representatives discussed ways of improving health services in these provinces. The findings of the social audit in Balkh indicated that referrals to private hospitals are very high while in Kapisa some health personnel are requesting money for dealing with new born babies. Both hospitals lack an effective complaints mechanism.

The Kapisa Governor who spoke at the virtual integrity dialogues welcomed civil society engagement and stated that such audits are complimentary to government oversight. He committed his office and local public health staff to meeting with the civil society group that conducted the audit to ensure that the recommendations are carried out.

The Director of Public Health in Balkh stated that he had reviewed the findings of the social audit shared with him ahead of the dialogue and agreed with the findings. He stated, “I will invite the Balkh Integrity Network to participate in the health council to ensure the findings are taken into consideration during planning.” The head of Balkh Regional Hospital stated that health services have improved since the audit was conducted three months ago.

Social audit is a civil society initiative where a group from civil society request information, analyze and prepare a checklist and then conduct a field visit to check the quality of public services. The social audits in Kapisa and Balkh were conducted by the Provincial Integrity Networks that were established by Integrity Watch in 2015 and since then have been involved in governance and anti-corruption issues on the behalf of the communities. Integrity Watch has partnered with DFID in Kabul and UNDP Afghanistan to facilitate community monitoring and social audits of health centers in selected provinces.