A community volunteer makes magic in a school in Kabul 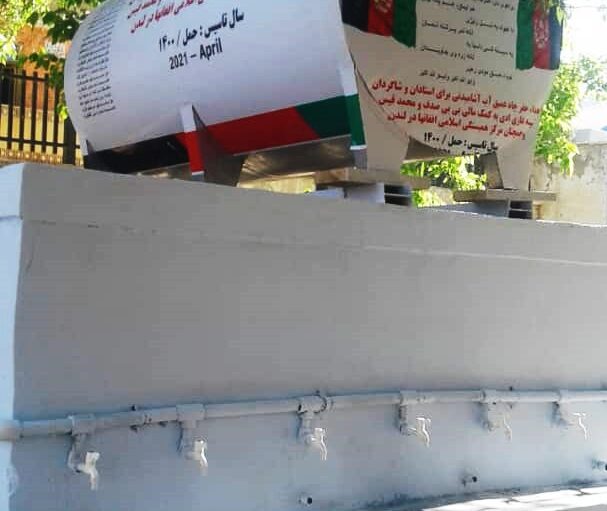 Ghazi Adib High School, established in 1985 in Kabul City, houses more than ten thousand male and female students. The school lacked portable water, some of its classrooms were not usable, and a certain number of its chairs and desks were broken. These are the usual issues in schools in Afghanistan and more usual is that such problems are not solved either by the school or the education directorate officials. What made the difference in this school was the engagement of the community to address the problems.

Abdul Hadi Rahimi, a retired colonel, who monitored this school, stated, “When we started monitoring the school, we came across some obvious issues that were preventing quality education for the children such as a lack of drinking water.” When Integrity Watch approached the neighborhood around Ghazi Adi High School in early 2021, Mr. Rahimi was one of the first person who showed a willingness to volunteer and monitor the school. He was trained and supported by Integrity Watch to carry out the monitoring and advocacy for the problems.

Mr. Rahimi directly approached one of the elders in the neighborhood and shared the problems he identified during his monitoring. Mr. Asaddulah Noorzoy, a community elder, agreed to donate the steel needed to construct the ceilings of two classrooms that had collapsed during last winter. Mr. Rahimi was also able to collect AFN 8000 in donations to repair the broken chairs and desks. However, the main challenge ahead of Mr. Rahimi was still untouched: the school lacked portable drinking water and it needed a lot of money to create this facility.

In collaboration with the community elders and neighborhood Maliks, he approached some Afghan diaspora in London. The Afghan Solidary Center based in London donated USD 2000 to construct a facility to provide portable water for the school. A school girl stated, “When this facility was not there, we were not able to wash our hands or drink water during breaks. Now all the children are using and enjoying the water.”

Currently, Integrity Watch has trained volunteers and empowered communities to monitor and address local problems in 190 schools in five provinces of Afghanistan.