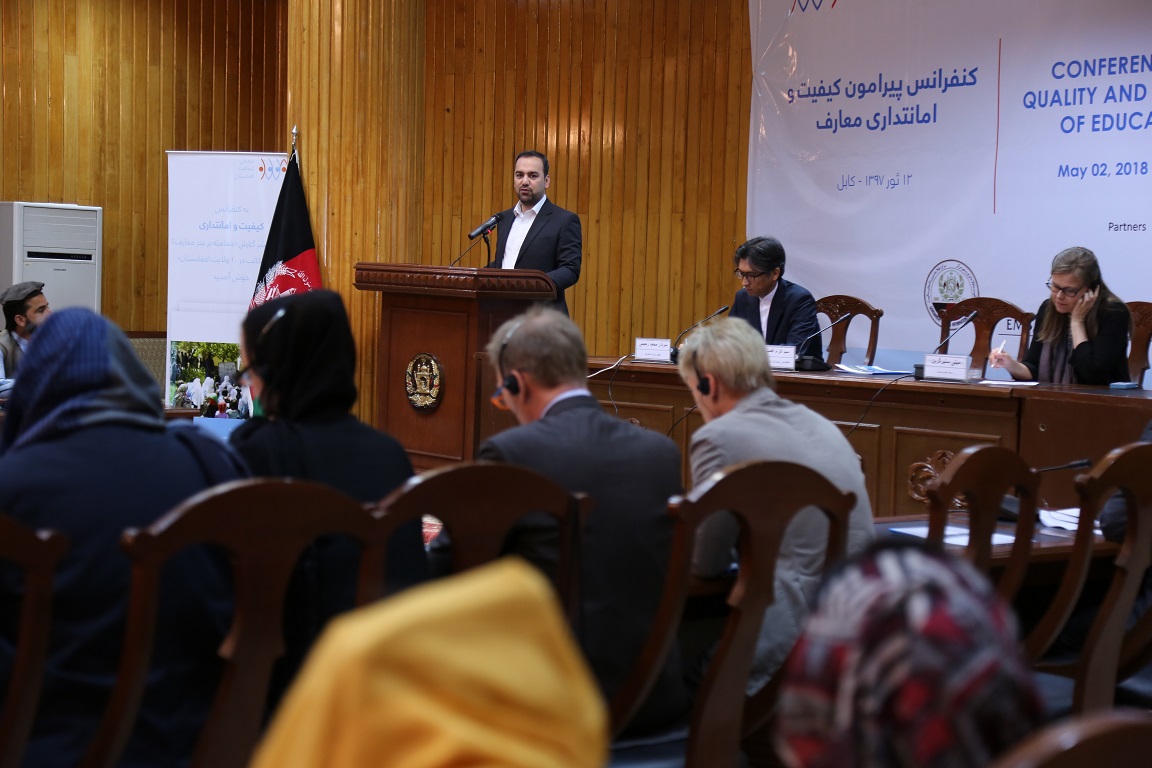 The Swedish Embassy and Integrity Watch Afghanistan hosted a conference on integrity and quality of education in the capital Kabul on May 2, 2018. The major education stakeholders including civil society, government officials, and international community debated the findings of a recent research by Integrity Watch on 276 schools in 10 provinces and concluded with Kabul Declaration on Quality and Integrity of Education.

Speaking to the media and audience at the Government Media and Information Center, Sayed IkramAfzali, Executive Director of Integrity Watch, said, “The Afghan education sector has come a long way but in spite of spending billions of dollars it does not meet the minimum standards of quality education.” The Afghan education sector could serve as the backbone of economic growth, and peace and stability in the country if the quality of education is improved, he added.

Deputy Minister Rahimi stated that the research findings reflect the condition of the schools in the country and the Ministry of Education is committed to improving the sector based on these recommendations. He also stated that “Corruption and old bureaucracy are major impediments towards reform and improving services.”

Swedish Embassy-Kabul chargée d’affaires, Ms. Mette Sunnergren stated that the international community will continue to support the education sector because education is a key to peace and stability in the country.

A panel discussion that included representatives from Ministry of Education, MEC, Swedish Embassy, Afghan National Education Coalition and Integrity Watch followed the opening of the conference. The panel discussed the findings of research and the way forward. “We have to be smart and prioritize the most pressing issues with maximum impact.” UNICEF representative Mr. Stefano Savi stated during the panel discussion. He added that the reports highlighted a lot of the problems in the education sector that need to be addressed. Mr.  Niclas Thalen representative of the Swedish Embassy stated that while there has been a lot of progress since 2001, there is a need for updating the baseline so we compare now with 2012 rather than comparing now with 2001. This can help us understand the progress in the sector more in the recent years and create accountability for all of us, he added.